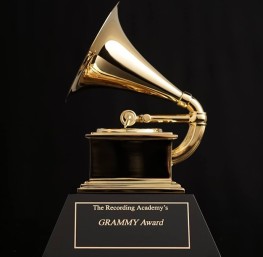 The best way to gauge the state of the nation may not come in the formal address President Donald Trump delivers to Congress on Jan. 30.

Awards shows tend to be liberal, anti-establishment affairs, and this year’s Grammys are likely to offer more of the same. But it just won’t be the ceremony that tells us the state of the union. Instead it is the nominees for Best Record of the Year that will paint a picture nation’s mood. These are the songs that are selling hundreds of thousands of copies. That means their messages resonate with Americans. Why else would the mass populace have purchased these recordings in such great volume?

What do the songs tell us about the state of the nation? Unfortunately, they don’t paint a pretty picture. For the most part, the lyrics are filled with anger and cynicism.

For example, in “The Story of O.J.,” Jay-Z offers up a profanity-laced description of the challenges confronting African-Americans in the U.S., even wealthy African-Americans like himself. He uses the N-word 68 times to argue that rich and successful African-American face the same issues as all members of the race. Not everyone will agree with Jay-Z’s sentiments, but “4:44,” the album that contains the track was certified platinum (meaning it sold one million copies) less than a week after its release this summer.

In Childish Gambino’s “Redbone” and Kendrick Lamar’s “Humble,” the anger is directed at romantic partners, but the tone is a far cry from traditional ballads about broken hearts and unrequited love. The relationships between the partners in the two songs are hostile and polarized, much like today’s relationship between the left and the right in America.

The lyrics of “Redbone” carry a message of bitterness about a partner’s rejection, along with a stern warning of the need for a greater commitment to make the relationship work. In “Humble,” Lamar refers to his partner with a derogatory, unflattering term 40 times and complains about seeing too many pictures of perfect photoshopped female bodies, preferring more natural images of women with stretch marks.

Even the more upbeat nominees deliver a message about the nation. Given our polarized political climate, a portion of American citizens have chosen to tune out and enjoy life. For them, the catchy dance tunes nominated for Record of the Year — Bruno Mars’ “24K Magic” and Luis Fonsi and Daddy Yankee’s “Despacito” – are a perfect soundtrack.

We will learn more about the connection between music and politics after the Grammys and the State of the Union. But when the president addresses Congress, don’t be surprised to find him singing a different tune from what these five songs tell us.