Almost Famous, which was released 20 years ago this month, is more than an entertaining tale of rock’n’roll as told through the lens of a character based on Cameron Crowe and the work he did as a teenager covering some of the most popular acts in the nation for Rolling Stone.

It also is a movie about journalism. In fact, an early version of the script was titled The Journalist.

Jason Miller, the name of the young writer in the film, provides plenty of lessons for reporters.

He does his homework. The musicians in the band Stillwater have no interest in talking with a journalist until they discover that Miller not only knows each of their names, but also the name of the producer they ditched before taking over the task themselves.

He also is persistent. When Miller tries to get backstage to interview Black Sabbath, a security guard slams the door in his face. He tries again with the same result. He tries yet again and still is turned away. Eventually, he finds a way to get inside and gets a lead on a story, albeit not the one he came to cover.

And in a film made years before Donald Trump labeled the press the “enemy of the people,” the Stillwater band members address Miller as “enemy” instead of by his name.

But the most valuable lesson for journalists comes from Crowe’s real-life mentor, Lester Bangs, who is portrayed by Philip Seymour Hoffman in the film.

Bangs repeatedly warns Miller not to become friends with the band.

“Friendship is the booze they feed you,” he says. “They want you to get drunk on feeling like you belong… I know you think those guys are your friends. You wanna’ be a true friend to them? Be honest and unmerciful.”

Bangs’ advice has relevance for today’s journalists. Whether they cover entertainment, sports or politics, they are likely to find it easy to get caught up in the fame and the power. And that’s a dangerous place for journalists to go. 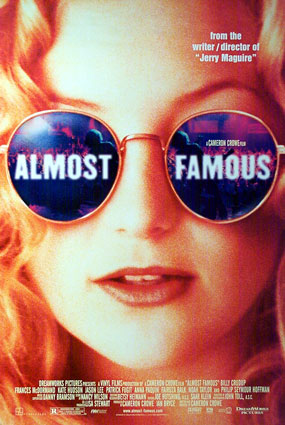