To read my columns and keep up with my activities, please visit the Jandoli Institute, where I serve as executive director. Thank you.

During Saturday Night LIve’s ’s first season, he came to Montclair State College for a solo show. I was working in my first journalism job at The Montclair Times, and I jumped at the chance to cover something other than a school board meeting.

END_OF_DOCUMENT_TOKEN_TO_BE_REPLACED

Lee discussed a project he is doing with students in a Media and Democracy course he teaches at St. Bonaventure University.

The students logged and coded every question asked by reporters at White House press briefings during March.

The goal of the project is to determine how reporters’ interests compare and contrast with those of the American people.

CNN did a story on the project on April 7.

Five years ago today, the 2016 presidential campaign kicked off with the Iowa caucuses.

Because the caucuses are the first contest in the race for the White House, they receive abundant amounts of attention from the candidates and the media. But they have a far-from-perfect track record as an indicator of who ultimately wins the nomination. END_OF_DOCUMENT_TOKEN_TO_BE_REPLACED 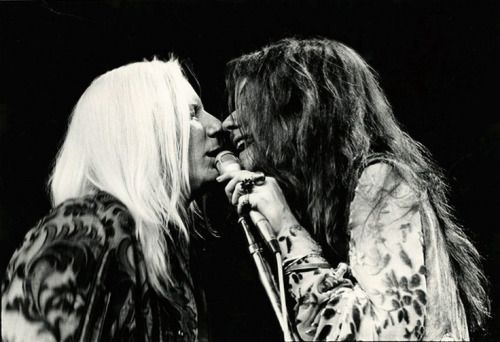 Janis Joplin died 50  years ago today. When I was in high school, I took a train to New York City with a friend to see Janis in concert at Madison Square Garden. The Paul Butterfield Blues Band opened the show, and Johnny Winter made a surprise appearance. END_OF_DOCUMENT_TOKEN_TO_BE_REPLACED

Last week, frothing with impeachment fever, a relative forwarded to me a Facebook meme purportedly authored by Clint Eastwood.

“People message me why I stick my neck out for Trump,” the meme said. “Why do I tarnish my reputation with a man that’s hated by so many?” The meme then went on to elucidate the many reasons Eastwood thought Donald Trump was worthy of support.

Except Eastwood didn’t write it.

I quickly verified Eastwood’s (lack of) authorship with Snopes.com.

But when I pointed this out to my relative, he said, “Doesn’t matter.”

To my relative, the answer was a simple “No.” Authorship didn’t matter. The material in the meme spoke to him, so the source of the material didn’t matter. It was a classic example of Stephen Colbert’s “Truthiness”: so long as it feels truth, then it’s true, whether it’s factually accurate or not. And much of the meme was, upon further investigation, flat-out wrong and other parts were intentionally misleading — but it spoke to my relative and so, despite the misrepresentation at the outset, was nonetheless valid.

To me, this underscored the vital importance of sources, which in turn got me to thinking about a question the Jandoli Institute posed just before the New Year: “How can we restore public confidence in journalism?” I didn’t answer at the time because, honestly, I’ve been flummoxed by this very question these days and could not come up with a credible answer. After all, this same relative told me a few weeks ago, “I don’t trust a thing I read,” and as a result, he tended to not read anything — except memes and Facebook posts forwarded to him by like-minded, right-minded people.

My default reaction is to encourage people to investigate things for themselves. Don’t take my word for anything, look around for yourself. Check multiple sources of different political leanings. Use Snopes and other fact-checkers. What can you learn about the source and their agendas and who funds them and their authority to speak on a particular topic? Put in the time rather than rely on the knee-jerk, self-satisfying gratification offered by memes and echo-chambers. As the old saying goes, if your mom tells you she loves you, get a second source. “Trust but verify,” Reagan said.

But if someone just flat-out doesn’t believe a thing he reads, how does any of that work?

This circled back to the dubious authorship of the Eastwood meme (and a similar one my relative had sent a week earlier purportedly written by comedian Tim Allen).

That’s Journalism School 101. We hammer into our students the need to attribute their sources. When I write historical pieces, I also have to be careful to source my material.

Journalists need to retrench around this idea. Specifically, we need to use far more discretion when relying on unnamed sources.

I realize many sources will only speak on the condition of anonymity for many reasons, including justified fears of reprisal, so it’s tempting to content ourselves with that knowledge and then just quote away. We’re protecting our sources, we reassure ourselves.

While that might be true, it also encourages shortcut reporting in a 24-hour news cycle that demands content RIGHT NOW. Instead of working a story to confirm the words of an unnamed source with additional reporting, reporters are under tremendous pressure to get their stories to air or to press. In that context, an unnamed source, corroborated by other unnamed sources, might be an easy-out.

A reader used to rely on a reporter’s credibility and good judgement in order to weigh the credibility of an unnamed source. Readers would also weigh the credibility of the reporter’s newspaper or TV station as part of that calculus. But now we’re in an era where public trust in the media is lower than it’s ever been in modern times. Reporters and editors and media don’t have the public’s trust the way they once did. That means “anonymous sources” are less trustworthy than ever, not just by the nature of their anonymity but because of the very people using those sources.

Other factors play into this, too. We all know how easy it is to say anything we want online due to the anonymity offered by the internet. That anonymity has eroded civil discourse. People can be obscene, vulgar, hateful. They can have a mean-spiritedness they would never let out in person. The internet has taught us that anonymity can be easily abused.

Anonymity can cut both ways, too, benefiting not just the media but the sources. I recall a scene from the TV show The West Wing in which a cadre of White House clerks, secretaries, and interns were all about to be sent out to speak with reporters as part of an aggressive public relations effort. “Why would anyone want to talk to me?” one lowly intern asks. The answer: Because, today, you’re “a senior White House official.” Whenever I see that term in print, I am reminded that there’s a vast difference between the White House Chief of Staff — an actual “senior White House official” — and a lowly intern merely told to call himself that as part of a propaganda effort.

We used to rely on reporters to use their judgement and make the call for us: Is a particular anonymous source trustworthy? People don’t trust the reporters to make that call anymore. The titillating story and juicy gossip seems to trump the need for credibility, as least in the cynical and untrusting eye of the modern reader and viewer.

Do I think journalists should abandon the anonymous source altogether? No. But I think journalists need to use it more sparingly. If that means a journalist has to work harder, then so be it; the times have changed and journalism needs to change with them, in ways that raise the bar, not lower it. If that means some bits of information can’t get reported right away, then perhaps it also means journalists aren’t stirring the pot with innuendo and rumor. That, in turn, might help cut through the noise rather than add to it.

As my relative demonstrates, people are glad to make cognitive shortcuts, even if they mistrust the media to make those shortcuts for us. Incorporating more transparency into our reporting, although hard work, can show people that we’re not taking shortcuts at all.

Chris Mackowski is a professor of journalism and mass communication at St. Bonaventure University’s Jandoli School of Communication, where he serves as associate dean of undergraduate programs. He is also the editor-in-chief of Emerging Civil War (www.emergingcivilwar.com) and the author of more than a dozen books about the Civil War.

Back in 1982 when I was covering rock’n’roll for The Aquarian, we decided to try for interviews with the biggest stars of the day, one of them Joe Strummer of the Clash.

Strummer’s publicist at Epic Records politely told me that Joe had taken some time off to go to France and write some new songs. But the publicist asked if I would be interested in speaking with one of Epic’s new and upcoming bands, a group called Culture Club with a flamboyant lead singer.

That’s how I became one of the first American journalists to interview Boy George – and it’s also why we made it a point to find Joe Strummer’s home while we were in Newport, Wales.

“A pamphlet, no matter how good, is never read more than once, but a song is learned by heart and repeated over and over.”

In the spirit of Joe Hill’s quote about the power of song and with all due respect to the excellent reporting done on the campaign trail, here is a musical look at the Democratic Party’s 2020 presidential candidates.

(Click here to listen to my May 17 radio show about the presidential race or keep reading to learn what songs I played – and why.) END_OF_DOCUMENT_TOKEN_TO_BE_REPLACED

References to the New York Times and the (New York) Daily News in “New York State of Mind” are the most obvious connections between Billy Joel’s lyrics and the world of journalism. But journalists also can find connections in several songs from the Piano Man’s extensive catalog. As Joel turns 70 today, here are five of his compositions that will resonate with the hard-working members of the Fourth Estate. END_OF_DOCUMENT_TOKEN_TO_BE_REPLACED

When sports and politics collide, the debate that follows usually revolves around the question of whether politics should kept out of sports.

But let’s flip the question and explore what might happen if we injected a bit of the sports world into politics. The results could have a positive impact on public policy. END_OF_DOCUMENT_TOKEN_TO_BE_REPLACED