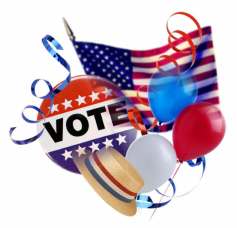 With New York’s presidential primary upon us, candidates are engaging in a variety of staged activities aimed at winning votes in the race for the White House.

We see them sampling regional delicacies, cheering on area sports teams and name-dropping local officials and institutions. Such activities may in fact win some votes, but they are not the best way to choose the next leader of the free world. Instead of debating the pros and cons of eating pizza with a fork, we should be analyzing the candidates’ plans for the economy, education and foreign policy. But we don’t. END_OF_DOCUMENT_TOKEN_TO_BE_REPLACED

I will be a panelist at the New Jersey Political Science Association’s Annual Meeting on Friday, Feb. 28.

I was invited to organize and take part in a panel that will explore the topics I researched for my doctoral dissertation — media coverage of New Jersey’s gubernatorial elections. The session is titled “New Jersey’s Changing Media Landscape: The Impact on Voters, Elections and Chris Christie’s Future.”

My wife Anne Lee, who teaches a Women, Minorities and the Media course at St. Bonaventure University, will take part in a “Women in New Jersey Politics: The View from Academia, The View from the Field” panel at the meeting.

The conference will take place at the Eagleton Institute of Politics at Rutgers University in New Brunswick, N.J.

Today’s political candidates campaign in a world in which news and information travels with unprecedented speed and arrives on smartphones that we carry in our pockets.

But modern technology has not produced a more informed and educated electorate. In fact, when New Jersey voters go to the polls on Nov. 5 to choose a candidate for governor, they may be less prepared to make that decision than they were four years ago.

For starters, the size of newsroom staffs at news outlets covering the state has decreased through buyouts, layoffs and other cutbacks. At the same time, the growth of the Internet has altered the manner in which news is gathered, reported and disseminated, placing new demands on depleted news staffs. Neither of these developments is unique to New Jersey, but our experience in the Garden State may provide a lesson for the rest of the nation. Because we are the most densely populated state in the country, public policy issues often emerge here first – and we are among the first to react and respond to them. END_OF_DOCUMENT_TOKEN_TO_BE_REPLACED

I presented a paper at the New York State Communication Association conference in Ellenville, N.Y., on Oct. 19.

I was the Political Communication in a Networked World panel with my St. Bonaventure colleague Ben Gross, an assistant professor of sociology, Ben presented a paper titled What Makes Someone a Cyber Balkan? Finding the Linkages between Social Psychology and Self-Selectivity in U.S Politics Online, and I explored the question Are the Media Leaving Today’s Voters Less Informed?

More details are in this story in The Bona Venture, our campus newspaper.

My op-ed on voters and the media appeared in several publications this week. You’ll find links to each one below:

Although politicians – nationwide and in New Jersey – often are quick to dismiss and criticize the media, they are just as quick to use news reports when the opportunity arises to score points.

Both Governor Christie and his Democratic counterparts are fond of posting news releases and sending out emails containing headlines, clips and links to favorable stories.

And in his State of the State address this week, as part of his argument that New Jersey is better today than when he took office a year ago, Christie used newspaper reports from to make his point

“Some were beginning to write off New Jersey, doubting we could change what the newspapers called our ‘old, hide-bound ways.’ Back then, the state’s largest newspaper opined: ‘taxes are too high as it is…’ Another paper put it simply: ‘New Jersey must change course.’”

“Those same newspapers who thought we were in deep trouble are now telling a different story. One said, we have taken ‘the first step in a very new direction.’ Another now says: ‘New Jersey is setting a national example.’”

Nice to see that despite the cutbacks and layoffs that have devastated the state’s newspapers over the past few years (including Gannett’s recent decision to cut its newsroom staff in half at three of its New Jersey publications), newspapers continue to have importance for the Governor and other New Jersey leaders.

Five years ago today, three PayPal employees activated a domain for a new project they decided to call YouTube. What an impact it has had in just five years — on media, on politics and more.